”Off the beaten path” of Lazio’s region 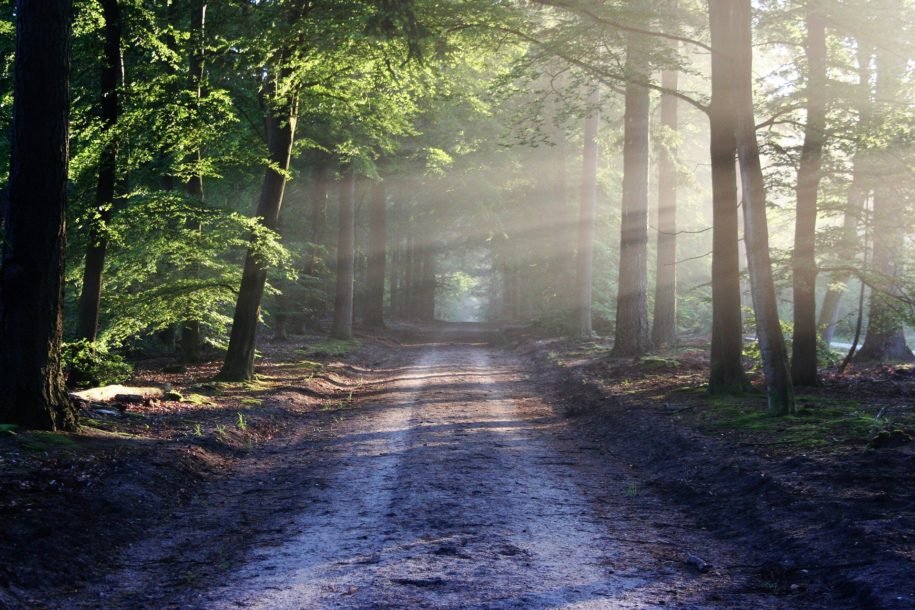 We are today introducing the “off the beaten path” of Lazio’s region – a town 80 km from Rome, called Rieti. It’s a great spot for some historical inspiration and finding tranquillity, while admiring beautiful mountainous scenery and exploring fascinating sites.

Since ancient times, Rieti has been an important city, a crossroads between the Sabini and Reatini mountains. Rich in testimonies dating back to Roman and medieval times, Rieti is a real jewel.

Let’s start our walk in the old historic center which is surrounded by very well-preserved walls with battlements and towers that date back to the 13th century. Here, in the exact center we find the Civic Museum of Rieti, located in the Palazzo Comunale (city hall). It is one of the oldest museums in the whole region. This place holds a collection of paintings, sculptures and works donated by private individuals (especially by the noble families of the place). 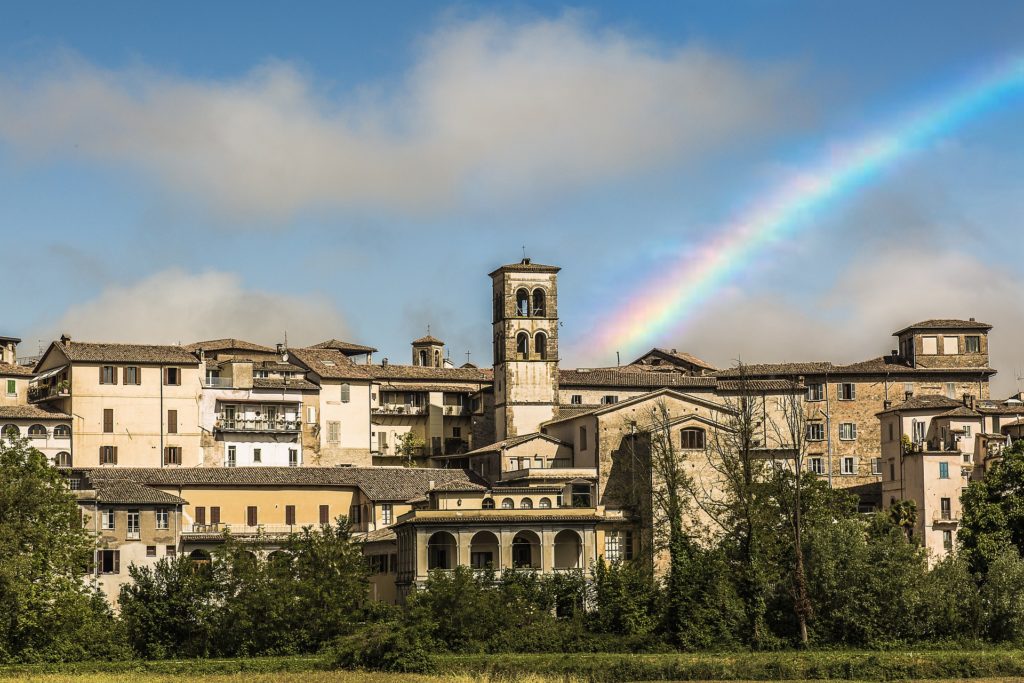 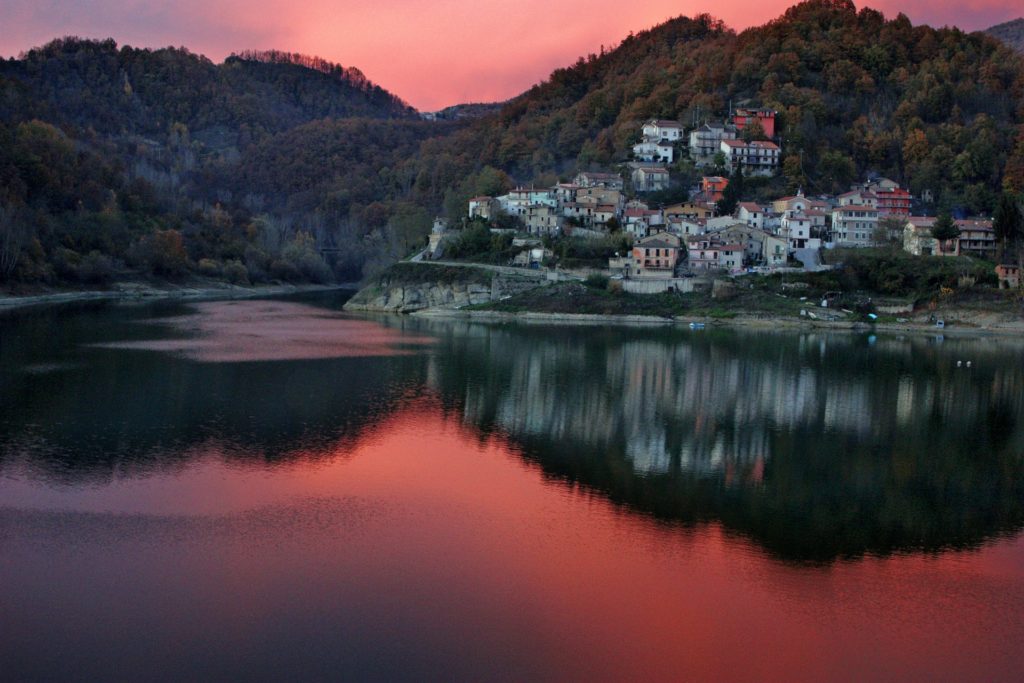 Among other things to see in Rieti there is the Bishop’s Palace, also known as the Papal Palace, the Palazzo Vincentini. the Palazzo di Governo, with its elegant double loggia, and the 12th-century Cathedral Basilica of Santa Maria Assunta. You can find here a fascinating exterior in Romanesque style and Baroque interior. Inside, there are various chapels dating back to the eighteenth century and numerous sculptures created by important artists, including Gian Lorenzo Bernini, also a rich collection of wonderful paintings.

While in Rieti, a must-see is the wonderful Flavio Vespasiano Theater, one of the most important symbols of the city. A masterpiece of theatrical architecture, known for great acoustics. Definitely worth exploring are the interiors with its beautiful artwork. On the walls of the vestibule, you will see decorations made by Antonino Calcagnadoro, while on the ceiling there is a splendid artwork created by Federico Ballester. The dome is entirely decorated by the painting of the Triumph of Titus and Vespasian.

Next, let’s check out Via San Rufo with its characteristic houses to get the medieval vibe of the town. After that, we can stop for an aperitif in Piazza Vittorio Emanuele II. Finally a quick shopping on Via Roma, and we head to the underground Rieti. You can take a guided tour of the Rieti Sotterranea that houses the remains of the Roman viaduct built to avoid the swamping of via Salaria, the ancient salt road. The structure in the basements is made of grandiose limestone arches to support the road surface.

Not only Rieti itself, but also the whole valley is enchanting. For the castle lovers, drive south to discover fortresses, castles and small-fortified villages in the green valley. In Fiamignano, you will find the beautiful Castle of Poggio Poponesco that rises majestically. While in the village of Castel Menardo there are three castles: Corvaro, Torano and Collefegato. These are the testimonies of Norman’s rule over the entire area.

Worth mentioning is Castello di Bucciniano, located in the beautiful town of Montopoli Sabina. It’s one of the oldest and most noble castles here. Romans themselves were the first ones to fortify that rock in a highly strategic position. Today you can visit the castle and marvel its beauty. An interesting event takes place here: it is inspired by an event that occurred in the summer of 939ad. Teodoranda (widow of the feudal lord Ingelbald) donated the Bucciniano Castle to the Abbey of Farfa, symbolically giving the keys to Abbot Campone. Today we can take part in the ceremony of the handover of the keys, followed by the parade of ladies and knights in the village. Demonstrations of ancient crafts and exhibitions of utensils from the past are set for visitors, also typical dishes and products can be tasted during this event.

Another majestic castle worth visiting is Rocca Sinibalda surrounded by nature and overlooking a truly beautiful fortified village. A military fortress of great value, still intact, and manifesting its beauty. Inside the castle, you can find frescoes of great value. 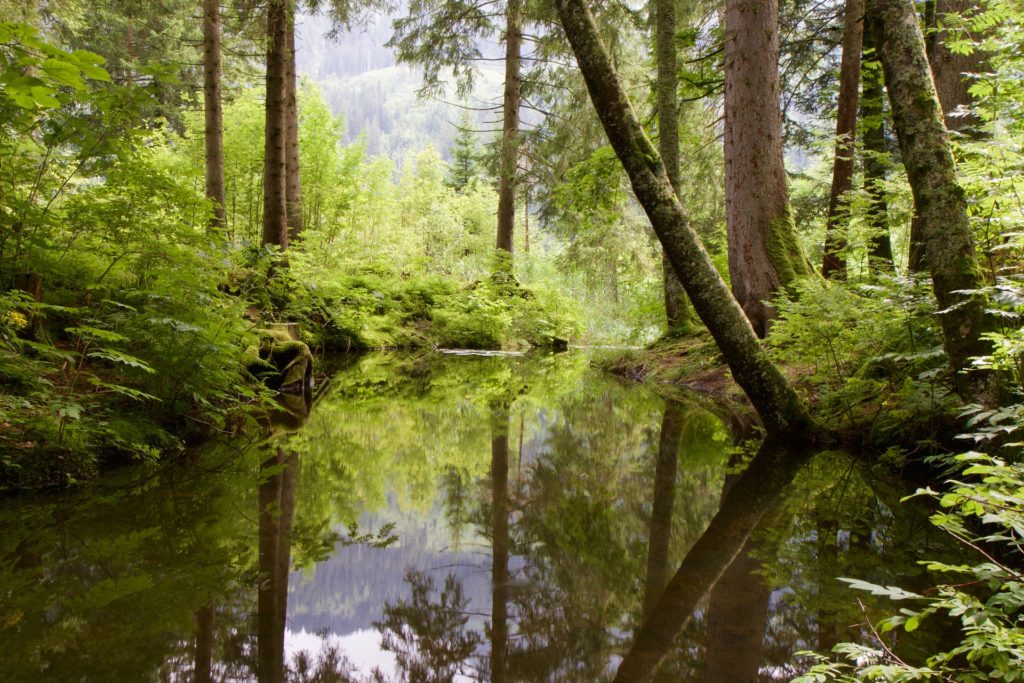 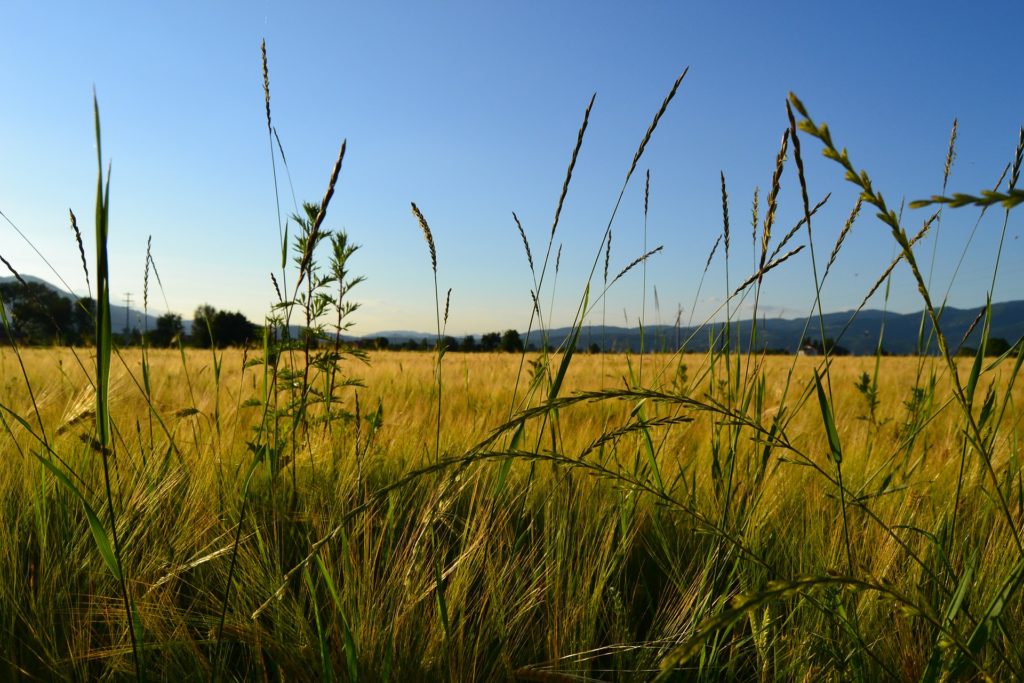 Rieti is an ideal starting point for excursions and visits to this territory. Head to the outstanding Riserva Naturale dei Laghi Reatini (Reatini Lakes Nature Reserve) where you can admire gorgeous lakes like: Lago Lungo and Lago di Ripasottile. The typical lake environment of the area allows the development of a very rich fish flora and fauna like pike, tench, carp, rudder, eel and trout. Also noteworthy is the avian fauna including the coot, the teal, the moorhen, the Gargan and many more, without forgetting the rare presence of the flamingo.

This area has numerous religious buildings. In the valley, you will find the Franciscan Shrines, reachable on foot in the warm seasons. These are well-known sanctuaries of the Holy Valley, sacred places where St. Francis meditated and prayed. The area is full of charm and spirituality that makes it one of the most famous pilgrimage destinations in Italy. Worth mentioning, is one of the 4 sanctuaries, the Convent of Fonte Colombo, called “the Franciscan Mount Sinai”. Located in Cammino di San Francesco, in the oak forest, you can find a sacred cave where San Francesco wrote the rules of his order. Nearby you will find also the Convent of Greccio, famous for the fact that San Francesco established here the first nativity scene in history – during Christmas time of 1223. The other 2 sanctuaries are La Foresta and Poggio Bustone.

We also recommend a visit to the famous Terminillo, the highest peak of the Reatini Mountains, an important ski resort with many ski slopes. However, the most interesting thing to do on the Terminillo are excursions and walks while enjoying the beautiful landscape made of beech woods, meadows and verdant and lush blooms that make this place unique.

Another place we suggest to visit is Fara in Sabina. Just outside this town, you can find one of the most famous abbeys in Europe. Abbazia di Farfa, Abbey of Farfa represents one of the most important centers of the monastic life of the Middle Ages. It belongs to the Benedictine Order. In this large complex, you will find the church, the small Lombard cloister, the large cloister and the Library. The Cathedral has a large Romanesque gate and some stunning floral freizes. One of the interior walls has a fresco depicting the Last Judgment. While visiting Abbazia make sure you take a walk through the park and the gardens and stop to admire the old quaint village of Farfa. This is a real peaceful ambiance, perfect for a short retreat or contemplation. Some visitors decide to spend here several days in tranquillity to rest their minds and soul. 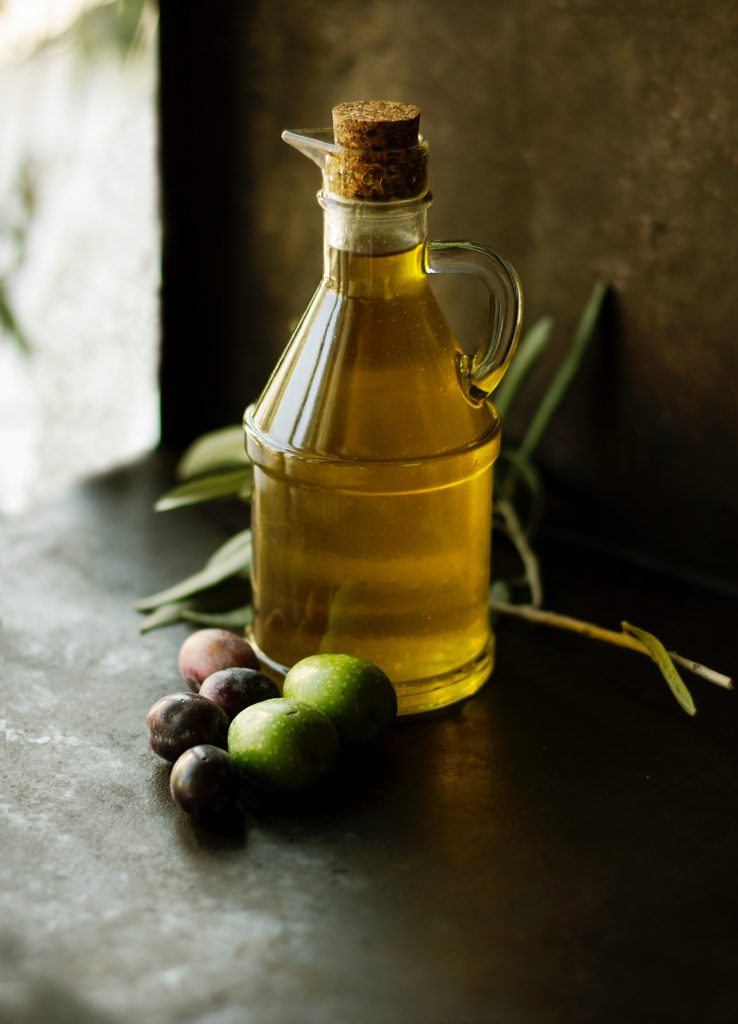 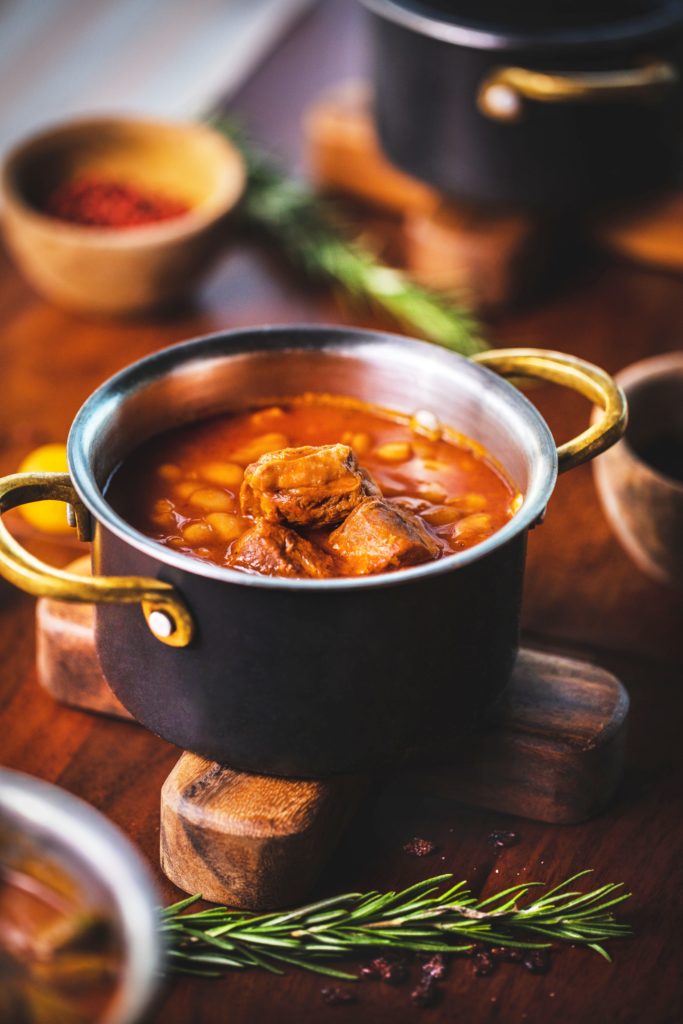 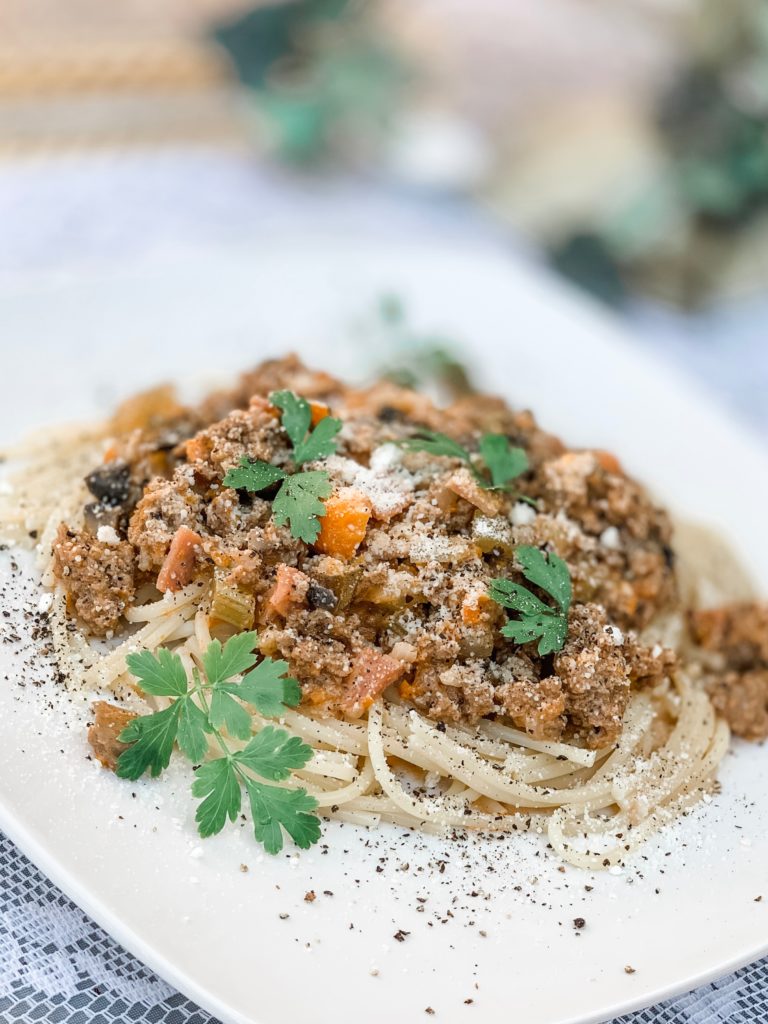 Finally, let’s talk about the wine and food tradition of Rieti, that is based on local products and traditional recipes handed down from generation to generation.

We start with some local bread, sprinkled with the delicious D.O.C. olive oil of Fara Sabina. In fact, this area is famous for its extra virgin olive oil, one of the most renowned in Italy. So, make sure make a stop at local frantoio to purchase few bottles.

Typical dishes of this region that you must definitely try are: stracciatelle pasta in broth, spaghetti alla carrettiera, stewed lamb, fregnacce noodles alla sabinese and finally pasta with a sauce of olives, mushrooms and artichokes. Accompany your feast with the local wines of the Colli della Sabina: white, red or rosé.

Our favourite spot to get a lovely lunch is Da Antonietta. Stefania and her husband Guido Brucchietti manage this restaurant. Guido comes from a family of hosts and restaurateurs of four generations. However, it all started with his great-grandfather Sante. Brucchietti family has some famous personalities, such as the great-uncle Alfredo, a famous pastry chef, who returned to Rieti after his travels and worked in the laboratory of the Pazzaglia pastry shop in Terni.

We hope you enjoyed our travel story in Rieti. This area is worth exploring so we strongly encourage everyone to visit countryside near Rome. This is a perfect spot for a few days’ break, far away from hustle and bustle of a big city. If you are looking for tranquillity, beautiful nature, as well as excellent cuisine Rieti is the place to be!